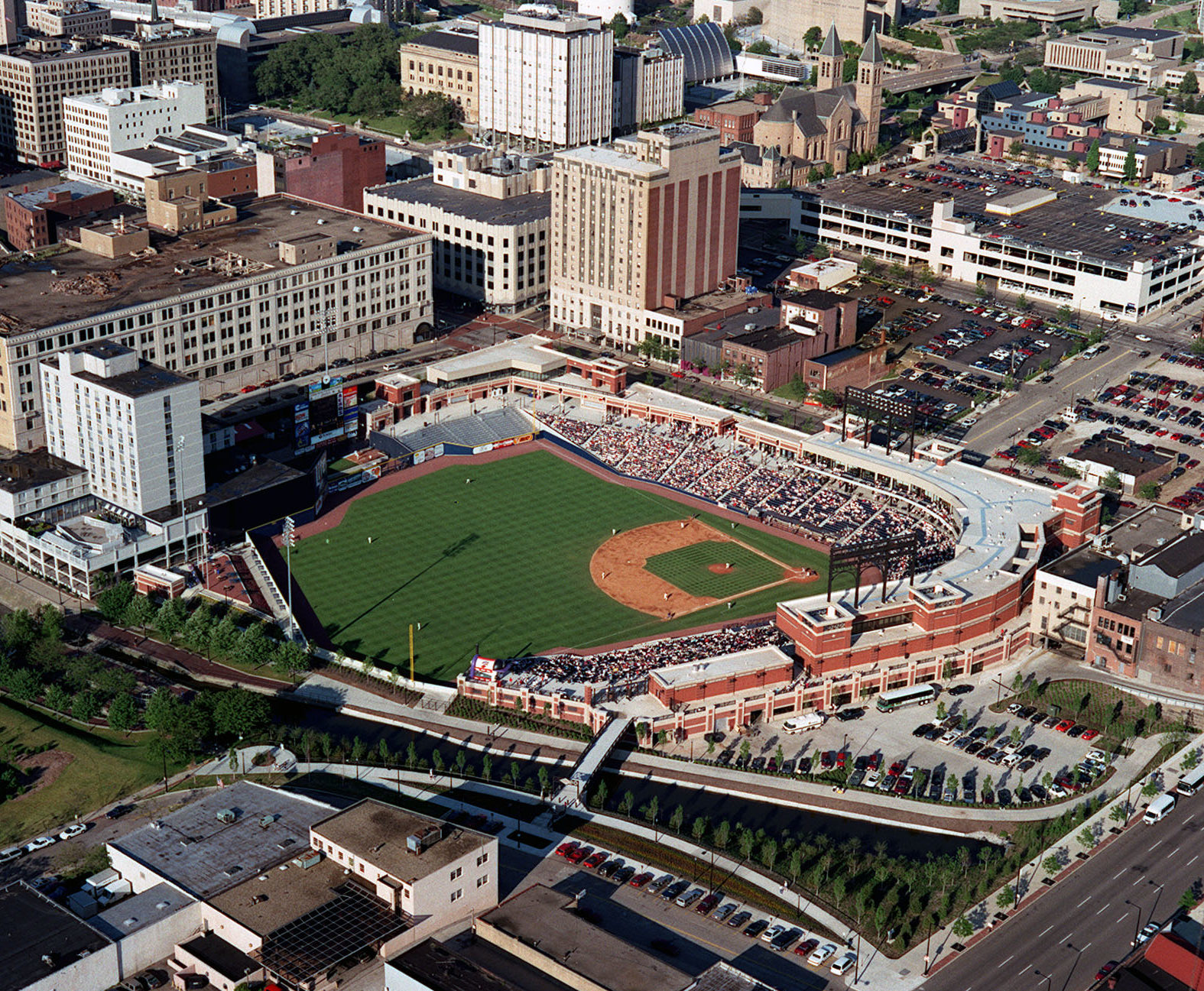 After learning of the plans to potentially move the AA affiliate of the Cleveland Indians, Signet structured a deal with owners of the Akron Rubber Ducks (Akron Aeros at the time) franchise to bring the team to Akron and provide it with a new state-of-the-art facility.

Under a tight development time frame, Signet delivered Canal Park in just over 12 months, using many innovative construction methods. Hosting nearly 500,000 fans in its inaugural season, this project has boosted further redevelopment of the surrounding downtown area. Aside from hosting the Akron Rubber Ducks, the stadium boasts 25 corporate luxury suites, a restaurant and sports bar, generous retail space and one of the largest free standing score boards in Minor League Baseball.

After securing the team’s move to Akron, Signet worked with the City of Akron to develop a funding plan for the new stadium that included federal, state and local components, as well as private capital investment in the project. Signet was also responsible for Completion: leading the team that structured the lease for the stadium between 1997 the team owner and the City. The Arena Garage combines a 163,386 SF, 480-space parking garage with loading dock facilities for the sports arena in downtown Jacksonville. Signet Real Estate is redefining what it means to provide student housing in an atmosphere that cultivates research and innovation with the development of Infinity Hall, a 312-bed living learning community.